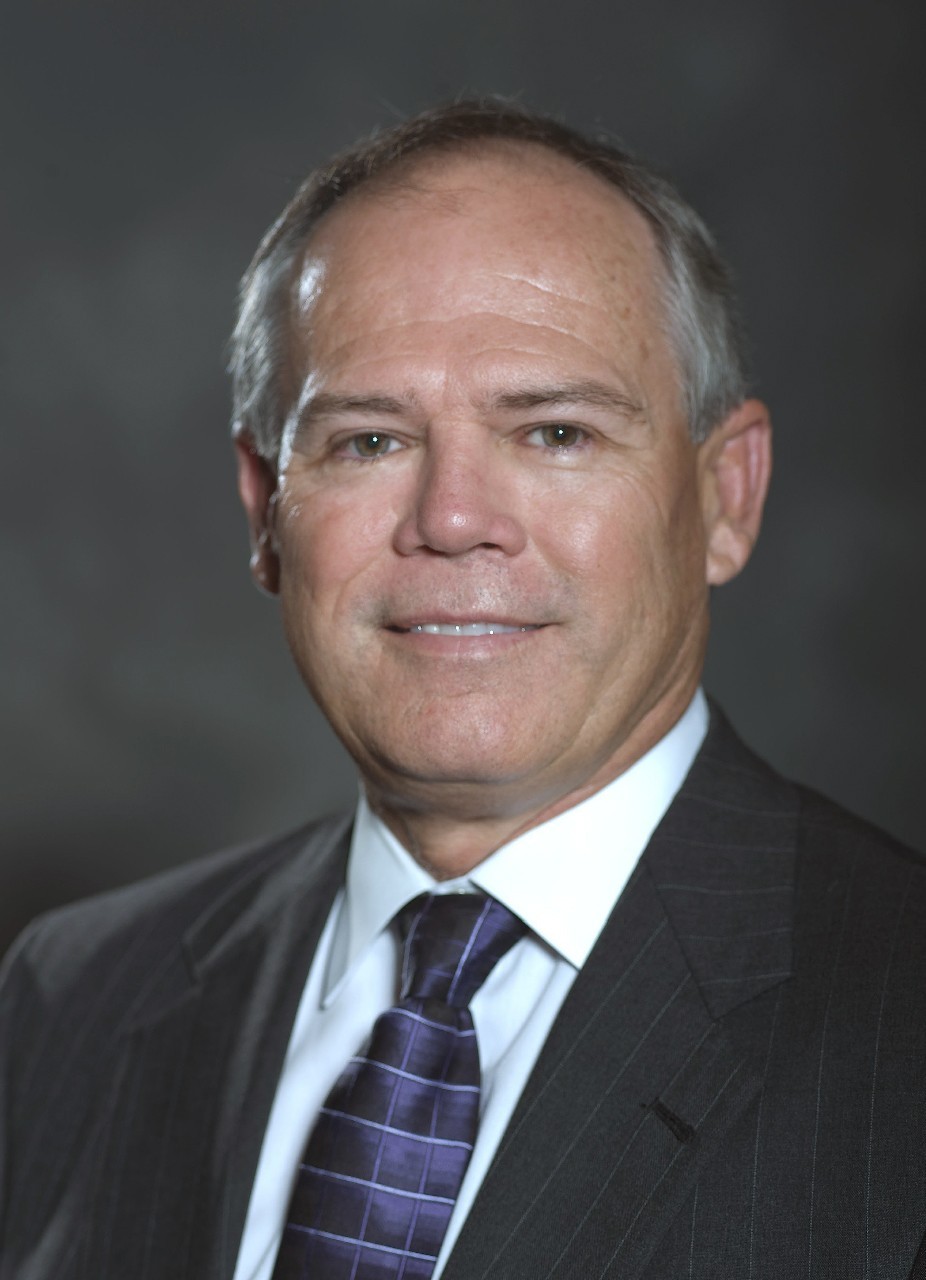 The College of Public Health and Health Professions named Mark E. Robitaille, M.B.A., M.H.A., the Outstanding Alumnus of the Year in recognition of outstanding leadership contributions to the field of hospital administration.

Robitaille received a UF master’s degree in business administration with a focus on hospital management in 1976 after completing a bachelor’s degree from UF in political science. He served as a senior health care executive for more than 33 years before retiring recently as president and chief executive officer for Martin Health System in Stuart, Florida, a position he held since 2008. He previously held positions as Martin Health System’s chief operating officer and assistant administrator.

Martin Health System has been named one of the nation’s Top 100 health systems eight times. The system includes more than 4,500 associates, three acute care hospitals, 11 outpatient ambulatory care sites and a multi-specialty medical group with more than 125 physicians. Robitaille’s accomplishments include the opening of Tradition Medical Center campus and laying the groundwork for its future expansion; a highly successful joint venture with HealthSouth Rehabilitation Hospital; expanding several service line capabilities; and improving quality. A fellow of the American College of Healthcare Executives, Robitaille is the past chair of the Florida Hospital Association Board of Trustees and was recognized by the American Hospital Association as a National Grassroots Advocacy leader.

Here, Robitaille shares some of his UF memories and insights:

My favorite UF memory My favorite memory is not just one memory, but the experience of being involved in different aspects of university life. In addition to classes, I was involved in refereeing intramural sports, working at Shands to start my health administration career and serving on the board of college councils, becoming president during graduate school. I was fortunate I was able to be involved, not only in my personal academics, but also working in various capacities at the university and participating in student government. I felt I had a very broad experience at UF.

Best lesson learned I wasn’t a great student in my first two years at UF. I learned to apply myself in my second two years of undergraduate studies and then on through graduate school. If you really focus and you believe in what you’re doing, the effort will pay off in the end.

UF faculty member who influenced me the most Dr. Nicholas “Nick” Richie was very involved with students and also continued to follow up with us even after he left UF. I think most students will recall having a close relationship with him.

People would be surprised to know People know about my hobbies of fishing and boating, but people may not know that my love of cars started when I was in high school and college. I worked as a mechanic and as a corner, or safety, worker for the Sports Car Club of America covering most of the races in Florida, including Sebring and Daytona and up through Atlanta. A few years ago I was able to buy my first Porsche, a Cayman S, which I drive on tracks like Palm Beach International Raceway, Sebring International Raceway and Daytona International Speedway as an advanced solo driver participating in Porsche Club of America Weekend track events.