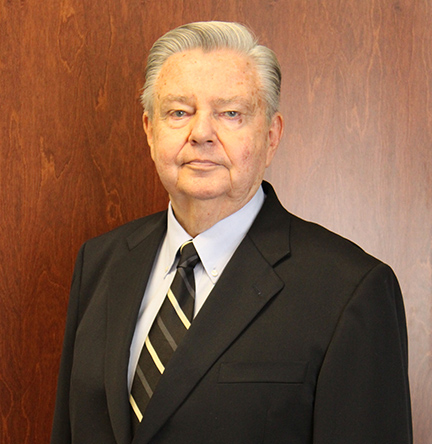 Louis Gapenski, Ph.D., a longtime faculty member in the College of Public Health and Health Professions’ department of health services research, management and policy and a best-selling author of textbooks on corporate and health care finance, passed away April 20.

“Lou was a quick-witted, kind-hearted, independent-thinking, wise gentleman, and together with his wife, Jane, a very generous supporter of the college,” said Michael G. Perri, Ph.D., dean of the college. “Lou will be greatly missed and fondly remembered.”

Gapenski wrote the definitive textbook on health care finance, along with several best-selling textbooks, and is the author of a popular American College of Healthcare Executives self-study program in health care finance. His books are used nationally and internationally, having been translated into nine languages, and he taught courses and gave seminars at institutions around the world.

“There are literally a handful of people in the field of health administration education generally, and none in health care finance specifically, who have had an impact even remotely approaching that of Lou Gapenski,” said R. Paul Duncan, Ph.D., the Malcom and Christine Randall Professor in the department, the senior associate dean at the UF Graduate School and a colleague of Gapenski’s for 28 years.

During his career Gapenski received 19 teaching awards at the department, college and university levels.

“Lou was a great colleague and friend who always brightened your day,” said Arch G. Mainous III, Ph.D., chair of the department of health services research, management and policy and the Florida Blue endowed chair of health administration. “He was a great fountain of knowledge for the students and his impact on them was unmeasurable.”

Gapenski graduated from the Virginia Military Institute in 1959 and entered the Marine Corps Officer Training School. He held several postings, including at the Naval Postgraduate School, where he earned a master’s degree in physics. He retired in 1979 as a lieutenant colonel. Gapenski then embarked upon his second career, earning two degrees from UF, a master’s degree in business administration and a doctoral degree in finance and economics, before joining the department of health services research, management and policy in 1988.

Gapenski and his wife Jane gave generously to the college, establishing an endowed professorship and scholarships in the department of health services research, management and policy. In 2012, alumni and friends of the department created the Gapenski Healthcare Finance Scholarship Fund to honor Gapenski’s contributions.

“The department is better because of the endowed scholarships, and the professorship for which Lou and Jane were the driving force,” Duncan said. “But he also routinely gave money to our graduate student association, helped fund travel for students to case competitions, shared the cost of social events, and the like. All this was done quietly, and for no purpose other than to help achieve something good.”

Gapenski was known for his humor and kindness and he often served as a kind of department ambassador during faculty searches or at national meetings, Duncan said.

“In terms of reputation, a significant share of the stature our department enjoyed in the field derived from the simple fact that Lou was a member of our faculty,” Duncan said. “But wherever he went to attend a meeting, give a talk or otherwise share his expertise, his hosts saw the same affable Lou Gapenski we saw every day … a walking, talking advertisement of how good it must be at the UF M.H.A. program.”